You know when you are driving and you have one of those trips where you consistently miss the green lights; like where if you had just a little more you would have made every light, and how unbelievably frustrating that is. That's how this wine was for me. I've literally been pining over Duckhorn since we went to Napa and didn't have time to visit this winery, or its sister winery Paraduxx. We have however had a Paraduxx wine and it was so delicious, and considering it's the step sister to Duckhorn, I assumed the Duckhorn would be heads above it.

It wasn't. I got no nose, all I smelled was hot, I drank it, expecting all the big cab flavors to roll over my tongue, firm tannins, lingering finish, all I got was alcohol burn. I decided it needed time to breathe; I gave it 24 hours. The next night I tried again, again it was too tight, too hot, just missing every green light, forcing me to sit and wait for something that never came.

In my wine journal I wrote my thoughts and pledged to try this wine again in a few years.
It was a gift, I didn't pay for it, I'm going to buy it again lay it down, give it more bottle time, and hopefully love it later. 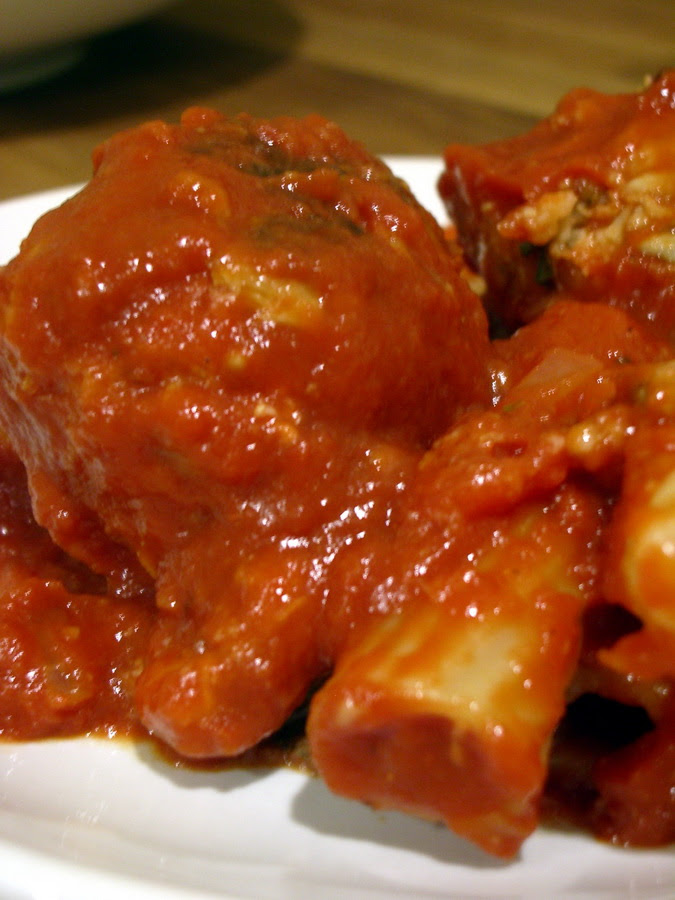 I put Jamie Oliver's ball in my mouth and they were de-lic-ious. All kidding aside, make this recipe. It was so so so good. I actually can't wait for the summer so that I can take just the tuna part of the recipe and make tuna burgers out of it, grill them, and serve it with a nice dry rose wine. I mean, I want summer to come for other reasons, including I'm sick of having a Raymaud's attack every day, I'm sick of getting up in the dark and leaving work in the dark, I'm sick of not having fresh veggies in the backyard, I'm sick sick sick sick sick of winter. Chris would tell me to shush because he's just not ready to be done skiing, but I'm ready, I'm more than ready, old man winter can blow me.
Ok, back to the recipe; it's so good. The only thing I would say is that you have to double the sauce recipe. The sauce is great, use the good plum tomatoes, spend a little extra on the Italian kind, but make a double batch of the sauce otherwise the pasta is just a little dry.
I've never made a Jamie Oliver recipe before. This recipe is making me very curious about him and his other recipes. Do you have any Jamie Oliver recipes that you enjoy making?
Ingredients:
SAUCE
Olive Oil
1 small onion finely chopped
4 garlic cloves, finely sliced
1 tsp dried oregano
2 (14oz) can good quality plum tomatoes
sea salt and freshly ground black pepper
red wine vinegar
small bunch flat leaf parsley finely chopped
TUNA BALLS
14 oz tuna steak
olive oil
2 oz pine nuts
1 tsp ground cinnamon
sea salt and freshly ground black pepper
1 tsp dried oregano
handful fresh flat leaf parsley chopped
1 3/4 c stale bread crumbs
2 oz freshly grated Parmesan cheese
2 eggs
zest and juice of 1 lemon
First make your sauce. Place a large pan on the heat, add a good glug of olive oil, your onion and garlic, and fry slowly for 10 or so minutes, until soft. Add your oregano, the tomatoes, salt, and pepper and bring to a boil. Simmer for 15 minutes or so, then blend until smooth. Taste, it might need a tiny swig of red wine vinegar or some extra seasoning.
While the tomatoes are simmering, chop the tuna up into 1-inch dice. Pour a good couple of tablespoons of olive oil into a large frying pan and place on the heat. Add the tuna to the pan with the pinenuts and cinnamon. Season lightly with salt and pepper and fry for a minute or so to cook the tuna on all sides and toast the pinenuts. Remove from the heat and put the mixture into a bowl. Allow to cool down for 5 minutes, then add the oregano, parsley, breadcrumbs, Parmesan, eggs, lemon zest, and juice to the bowl. Using your hands, really scrunch and mix the flavors into the tuna, then divide the mixture and squeeze it into meatballs slightly smaller than a golf ball. If you dip one of your hands in water while shaping, you’ll get a nice smooth surface on the meatball. If the mixture’s very sticky, add a few more breadcrumbs. Keep the meatballs around the same size and place them on an oiled tray, then put them in the fridge for an hour to let them rest.
Put the pan you fried the tuna in back on the heat with a little olive oil. Add your meatballs to the pan and jiggle them about until they’re golden brown all over. You might want to do them in batches- when they’re done, add them to the tomato sauce, divide between your plates, sprinkle with chopped parsley, and drizzle with good olive oil. Great served with spaghetti or linguine.
Rating = So Damn Good
Let me know if any of you end up making this.
Posted by JB at 7:59 AM 4 comments: 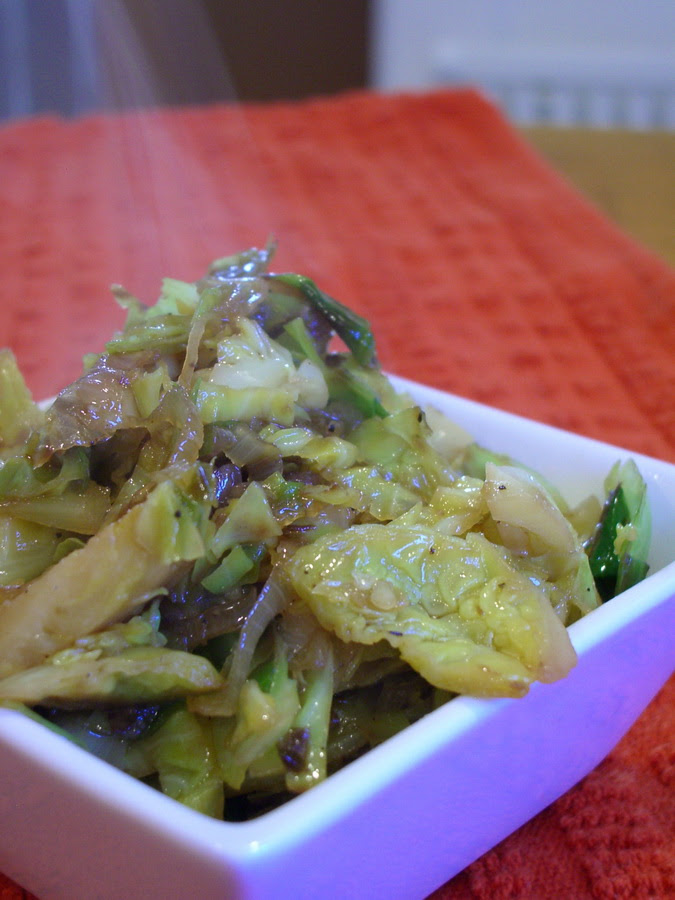 Do you see that hot brussel sprout action? Molly, thank you so much for the link to this recipe. I made it on Saturday when Chris was out running errands, and it was so good that I neglected to tell him that I made it and I've been secretly eating it all week - and now it's gone. He only reads this blog every few months, so by the time he reads this it will be old news, but it was so good I kept it from him. What I will admit to is totally weight watchering the recipe. This is the original recipe.
6 tbsp butter (3/4 stick) divided
1/2 pound shallots thinly sliced
coarse kosher salt
2 tbsp apple cider vinegar
4 tsp sugar
1 1/2 pounds brussel sprouts trimmed
3 tbsp extra virgin olive oil
1 cup water
Melt 3 tbsp butter in a medium skillet over medium heat. Add shallots; sprinkle with coarse salt and pepper, saute until soft and golden, about 10 minutes. Add vinegar and sugar, stir until brown and glazed, about 3 minutes.
Halve brussel sprouts lengthwise, cut lengthwise into thin (1/8 inch) slices. Heat oil in large skillet over medium-high heat. Add brussel sprouts, sprinkle with salt and pepper. Saute until brown at edges, 6 minutes. Add 1 cup of water and 3 tbsp butter. Saute until most of the water evaporates and sprouts are tender but still bright green, 3 minutes. Add shallots, season with salt and pepper.
That was the original recipe, to make it suitable for weight watchers I eliminated all the butter in the recipe, I coated a nonstick saute pan liberally with cooking spray and added a little bit of olive oil to the pan and cooked the shallots at a lower temperature so they wouldn't burn. I did the same thing with the brussel sprouts, and when adding the water I just completely ignored the instruction to add butter. Honestly, this recipe was so amazing in this low fat version I can't even imagine what it is like with all that butter, I hasten to think that the butter may be overkill, and might mask some of the natural flavor of the shallot and the sprouts. I don't know, all I know is the low fat version rocked, make whichever one you think you would like best.
Thanks again Molly for the link.
Rating = So God Damn Goood
PS: How bout them SAINTS!
Posted by JB at 6:33 PM 1 comment:

For the past month or so I've secretly wondered where you all have been. I hadn't received one comment on any of my posts, none of the great recipes turned out one response. I thought you had left me, and then randomly I went into my yahoo spam folder and WHAM! there were about 25 comments just sitting there waiting to me moderated.


I couldn't believe it, thank you so much for your comments (even you crazy anonymous poster who didn't like my "log" story and will no longer be reading my blog because poop and food don't mix - where the hell does he/she think poop comes from?) anyway, I digress, I have now moderated all your comments and responded and I'm so sorry that it has taken me months to do so, I have no idea why Yahoo all of a sudden decided that these emails were spam.


Ugh, thank you for the brussel sprout recipes, and the mushroom risotto variations, and everything else. I'm inspired people, I will be making something extra special for you this weekend. 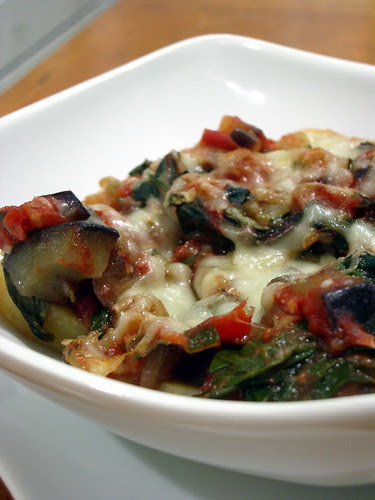 This recipe really surprised me. I thought it would be ok, I didn't realize the flavors would be so great together. I'm always leery of cooking with eggplant because it can be so bitter and the skin can be tough, so when the recipe just called for dicing it and sautéing it I was nervous about the flavor. I had no need to be nervous, the sauce that you make and top the polenta with can be used in anything I think, as a topping for linguini, as a mix for baked ziti, between layers of lasagna noodles, it was that good, I can only imagine it will be even better in the summer when make this recipe with fresh zucchini, eggplant and basil from the garden. I can't wait for that. Make this recipe.

I found this recipe on the Eating Well website, and calculated the weight watchers points to 4 points per serving, and this makes 8 servings, the serving seems small, but when paired with a garden salad or additional steamed vegetables it was really quite filling and satisfying. If you make this recipe or any variation thereof with the eggplant/zucchini mixture please let me know, I'm excited for the possibilities of this recipe.

Heat oil in a large nonstick skillet over medium-high heat. Add eggplant, zucchini, salt and pepper and cook, stirring occasionally, until the vegetables are tender and just beginning to brown, 4 to 6 minutes. Add water and spinach; cover and cook until wilted, stirring once, about 3 minutes. Stir marinara sauce into the vegetables and heat through, 1 to 2 minutes. Remove from the heat and stir in basil.

Place polenta slices in a single layer in the prepared baking dish, trimming to fit if necessary. Sprinkle with 3/4 cup cheese, top with the eggplant mixture and sprinkle with the remaining 3/4 cup cheese. Bake until bubbling and the cheese has just melted, 12 to 15 minutes. Let stand for about 5 minutes before serving.